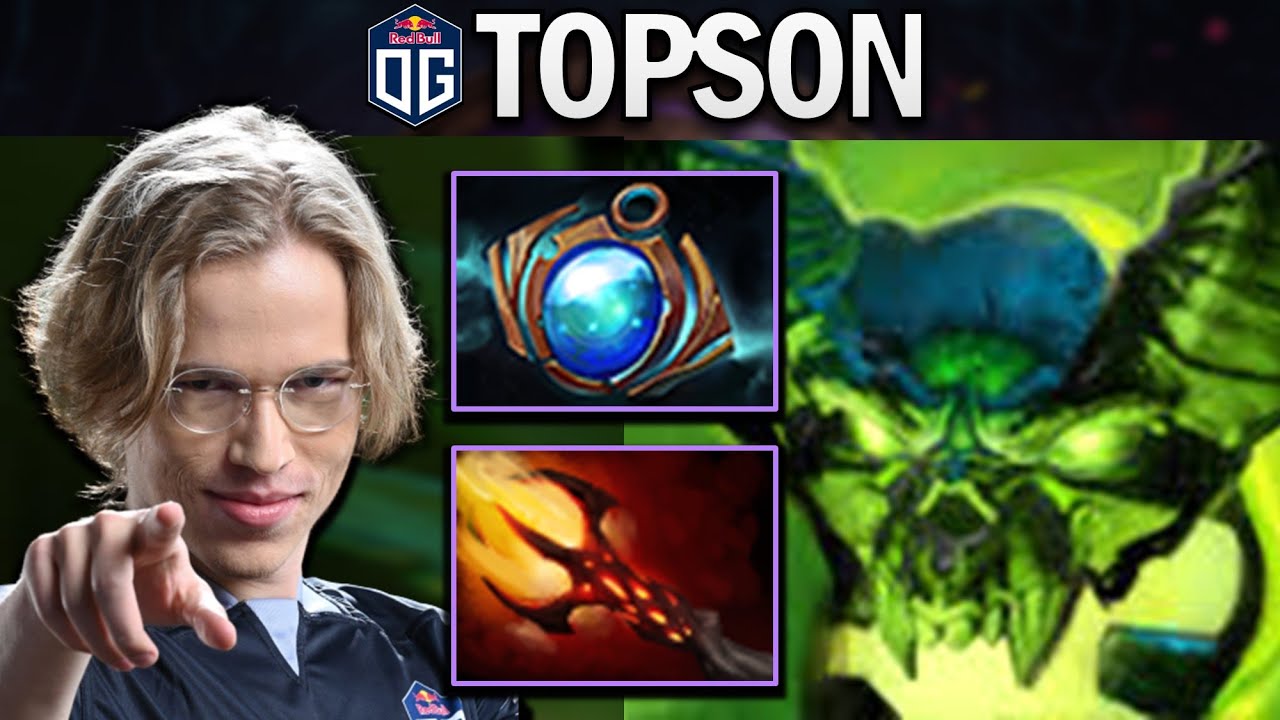 We upload the best Dota 2 gameplays on youtube. If you’re looking to learn from the best dota 2 players in the world through their perspective, then you’re on the right track.

Player on this video: OG.Topson
According to Topias Miikka “Topson” Taavitsainen is a Finnish professional Dota 2 player who is currently playing for OG. On August 25th, 2019, he became the first two time TI-Winner, after winning two consecutive TIs, TI8 and TI9. He achieved this together with his teammates N0tail, Ceb, ana, and JerAx on team OG. He’s been playing Dota since he was 8 years old.He studied to become a chef but he decided to quit to focus on dota.

—————————————————————————————————————-
Hero on this video: Pugna
According to , Pugna is a ranged intelligence hero whose spells give him powerful nuking and pushing capability. Nether Blast is a low-cooldown area nuke with slight delay that deals significant damage to buildings, giving Pugna the option to use it both as a basic nuke as well as a pushing spell. Decrepify is a unit-targeted spell that gives its target the ethereal status effect, rendering them unable to take physical damage but also slowing them and decreasing their magic resistance. Nether Ward drops a stationary, ward-like device that severely debilitates enemy casting, dishing out powerful nukes proportional to how mana-intensive the enemies spells are. Pugna’s ultimate ability, Life Drain, is a channeling ability that saps enemy health and grants it directly back to himself. It can be cast on allies to give them health and mana as well. With a strong array of nukes and a spell specifically designed to amplify them, Pugna is a force to be reckoned with both in teamfights and solo situations, able to blast his foes into Oblivion quite easily.
—————————————————————————————————————-
Match ID: dotabuff.com/matches/5307723747
—————————————————————————————————————-
Learn about

According to wikipedia.org, “Dota 2 is a multiplayer online battle arena (MOBA) video game developed and published by Valve. The game is a sequel to Defense of the Ancients (DotA), which was a community-created mod for Blizzard Entertainment’s Warcraft III: Reign of Chaos and its expansion pack, The Frozen Throne. Dota 2 is played in matches between two teams of five players, with each team occupying and defending their own separate base on the map. Each of the ten players independently controls a powerful character, known as a “hero”, who all have unique abilities and differing styles of play. During a match, players collect experience points and items for their heroes to successfully defeat the opposing team’s heroes in player versus player combat. A team wins by being the first to destroy the other team’s “Ancient”, a large structure located within their base.”