How to Play The Resistance 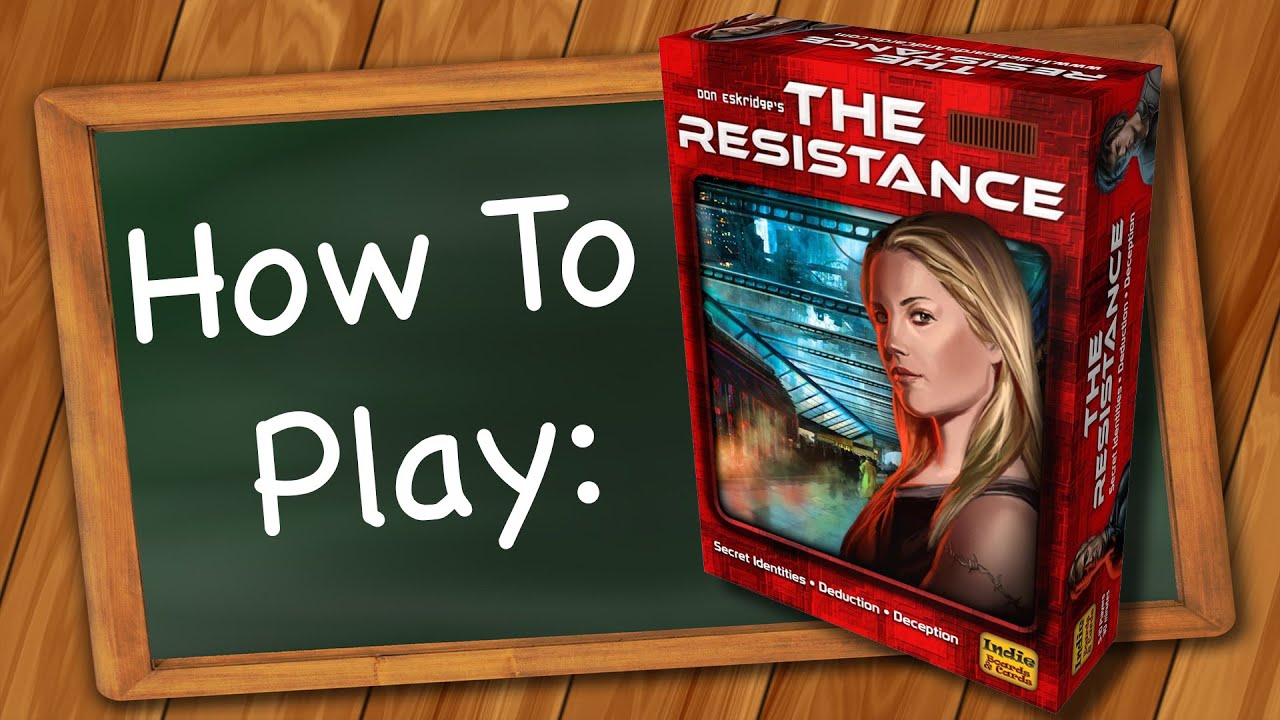 Learn the rules to the board game The Resistance quickly and concisely – This visually rich video has no distractions, just the rules.

Don’t own the game?
Buy it here: (This Amazon Affiliate link directly supports me)
RULES:

The object of the game is to be the first team to get 3 points. There are two teams, the blue resistance and the red spies. Select the Appropriate board based on how many people are playing. Shuffle the identity cards so that there is 1 card per player and the number of spy cards in the mix is equal to how many the board indicates. Deal 1 identity card to each player. You are not allowed to show your card to any other player. Place the round and vote tracker on the board. Give each player 1 approve and 1 reject token. Give one player the leader token.

Based on the round, you have to complete missions. The number inside the mission circle indicates how many players need to make up the team for the mission. The mission leader gives each team member he wants to send on the mission one gun token. Once all the gun tokens have been given out in accordance to the mission requirements, then all the players vote on the team as to whether they approve or reject the team.

If the majority rejects the team, then the leader token is passed to the next player clockwise who then must form a new team for the same mission. Additionally you move up the vote track by one. If you can’t agree on a team 5 times in a row then the spies automatically win the game.

If the majority approves the team, then each member of the team is given 2 mission cards, 1 success and 1 fail. If the player is on the blue resistance team, they must turn in a success card face down. If a player is on the red spy team they may choose to either turn in a success or fail face down. Once all the team members have turned in their mission cards, two separate players must shuffle them, then the leader reveals the cards.

If there is at least 1 fail in the group of cards then the whole mission fails and you place a spy token on the mission circle giving the spies 1 point. If all the mission cards are success, then you put a resistance token there instead, giving the resistance 1 point. Take note, sometimes a mission will require 2 fails instead of one.

After a mission, move the round marker over one and the leader selects another team. The game continues until one team accumulates 3 points. During the game players are encouraged to talk and discuss however they like to help them figure out who is who, who should go on missions, and how to help their team win.